The U.S./China war on trade has taken a very negative turn recently. Ongoing negotiations have seemingly fallen apart. The U.S. has raised current tariffs on $200 billion of Chinese goods from 10 percent to 25 percent. The Chinese, as expected, have since retaliated, stating they would increase tariffs on $60 billion of U.S. goods starting June 1st.

The escalation of the trade war has sent shockwaves through global financial markets. Some markets have been more affected than others, and some seemingly not at all. Even as concerns over the globe’s first and second-largest economies increases, the iron ore market has continued to move higher.

According to Business insider, iron ore prices have shown little reaction to the trade war escalation that has pressured both Chinese stocks and the yuan. The price of the metal surged recently to its highest level since July 2014. The metal has seen some selling, however, giving back some 1.2 percent to $96.10 per-tonne. The metal’s mixed performance echoed that of many Chinese bulk commodity markets.

Ongoing supply concerns are likely the primary factor keeping the market on solid footing. Last week, the world’s biggest producer of the steel-making ingredient lowered its supply forecast. According to ft.com, Brazil miner Vale said sales of the metal would be towards the lower end of a 307m to 332m tonne range. Vale has been forced to halt mining at several locations after a dam disaster three months ago. These mining outages, combined with weather-related problems at key mining sites in Australia, have given prices a boost. In fact, some analysts now feel the metal is likely to break the $100 per-tonne mark.

The SGX TSI Iron Ore 62% contract has been on the offensive for months now. The metal has been on a sharp ascent since the beginning of the year, at which time prices were trading just over $60 per-tonne. The metal has recently run into some overhead resistance around the $95 level but has thus far not strayed far from this level. With tighter trading ranges and little to no downside recently, the price of iron ore could be gearing up for a sharp and significant leg higher. There appears to be little overhead resistance on the charts after the $95 level, and prices could potentially make a swift move to $125 or higher.

As traders from the iron ore and steel industry gathered in Singapore to discuss and share industry trends and market developments, Straits Financial hosted its annual cocktail reception on 8 May 2019 in celebration of the Singapore Iron Ore Week to express our gratitude towards our industry friends for their continuous support. 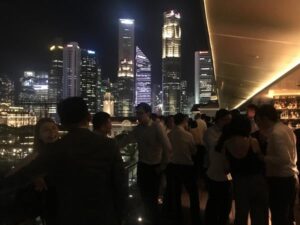 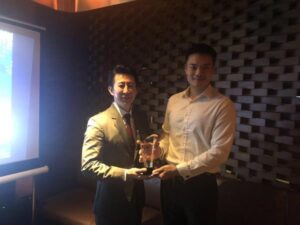 The reception received overwhelming responses with 200 guests attending the event. Looking forward seeing you next year!

DISCLAIMER: This document is issued for information purposes only. This document is not intended, and should not under any circumstances to be construed as an offer or solicitation to buy or sell, nor financial advice or recommendation in relation to any capital market product. All the information contained herein is based on publicly available information and has been obtained from sources that Straits Financial believes to be reliable and correct at the time of publishing this document. Straits Financial will not be liable for any loss or damage of any kind (whether direct, indirect or consequential losses or other economic loss of any kind) suffered due to any omission, error, inaccuracy, incompleteness, or otherwise, any reliance on such information. Trading commodity futures and options products presents a high degree of risk, and losses in excess of your initial investment may occur. Past performance or historical record of futures contracts, derivatives contracts, and commodities is not indicative of the future performance. The information in this document is subject to change without notice.  The impact on market prices due to seasonal or market cycles and current news events may already be reflected in market prices.

A Celebration of the Craftmanship and Timeless Charm of Ceramics at Post-Wabi, Sponsored by Straits Financial